Subcommittee of the Government Commission for the Control of the Implementation of Foreign investment in Russia allowed investors to deposit funds in foreign currency into foreign accounts. This was reported on the website of the Ministry of Finance of Russia.

“Such permission of the subcommittee is valid without a time limit from June 17, 2022,” the ministry said in a statement.

The ministry said that residents-individuals can credit funds in foreign currency that they received from non-residents in securities transactions to accounts in foreign banks and other financial organizations.

In addition, residents can credit their foreign accounts with money received from the redemption of securities held by a foreign depository, bank or other foreign financial market organization. “These organizations keep records of the rights to securities and their storage outside the territory of the Russian Federation,” the ministry said.

The head of the Central Bank called it necessary to restore the confidence of disappointed investors SPIEF , Nabiullina , Promotions 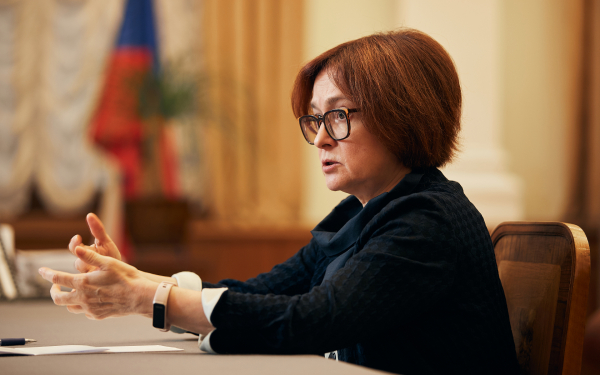 In mid-June, the Bank of Russia clarified that Russian residents should not be credited to foreign brokerage accounts with funds from the sale of securities without the permission of a government commission under the Russian Ministry of Finance. At the same time, the department issued instructions, which indicated all the necessary documents for submission. So, for example, it was necessary to draw up an application for issuing permission to conclude a transaction in a free form, informing the purpose, subject and content of the transaction.

At the same time, the head of the Central Bank, Elvira Nabiullina, separately emphasized that if coupons are credited and dividends without selling papers, then permission is not needed for this. Later, as part of the St. Petersburg International Economic Forum (SPIEF), she said that the government commission under the Ministry of Finance allowed funds from the sale of foreign securities to be credited to foreign accounts of Russians. However, official confirmation of the Ministry of Finance was received only today.

At the same time, it becomes difficult for Russian investors with accounts abroad to work not only with dollars, but also with rubles. So, according to RBC sources, the American broker Interactive Brokers, popular with Russians, will stop accepting rubles to replenish customer accounts from July 31. According to technical support, it is impossible to convert the national currency into dollars, open or increase ruble positions right now.

Follow the news of companies in our group “Vkontakte”

A financial instrument used to raise capital. The main types of securities: shares (gives the owner the right of ownership), bonds (debt security) and their derivatives. More Dividends are the portion of profits or free cash flow (FCF) that a company pays out to shareholders. The payout amount depends on the dividend policy. Their periodicity is also spelled out there – once a year, every half year or quarter. There are companies that do not pay dividends, but direct profits to business development or simply do not have the opportunity due to poor results. Shares of dividend companies are most often of interest to investors who want to achieve financial independence or secure a decent standard of living in retirement. With the help of dividends, they create a source of passive income for themselves. More

Apple shares may be overvalued By Investing.com

Mother sued the Ministry of Defense for two million

The head of the Latvian Foreign Ministry answered Zakharova

The Ministry of Internal Affairs of the Kherson region

American Citigroup began negotiations on the sale of Russian