FX-guidance Blog Market How to transfer money from Europe to Russia in 2022: 7 options
Market

How to transfer money from Europe to Russia in 2022: 7 options 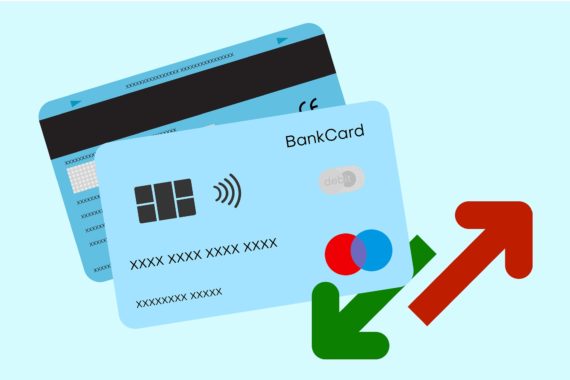 Russia’s relations with other countries of the world have seriously deteriorated in recent months, and it is mostly ordinary citizens who suffer from this. So, since March 9, 2022, the international payment systems Visa and Mastercard do not support the operation of Russian cards abroad, and some payment services have ceased to provide their usual transfer services. As a result, there are more problems, especially in terms of how to transfer money from Europe to Russia. We have collected all the possible (and already impossible) options and will tell you what you can use so far.

Difficulties of translation from abroad

Sanctions against Russia began with the fact that some large banks were banned from operating in the US and European countries. The next stage is the departure of international payment systems, followed by the departure of a number of companies.

Each of the events individually did not block transfers from Europe to Russia, but in general, foreign transfers have become less accessible:

Through the MIR card

Despite the fact that Mir cards are supported in 11 other countries in addition to Russia, their holders are deprived of the opportunity to receive transfers from European countries. From European countries, only Turkish banks support them, and then only for withdrawing money from ATMs and paying for purchases in stores.

UnionPay is a Chinese (more precisely, international) payment system that operates in hundreds of countries around the world. But for the Russians, this is definitely not an ideal option:

Theoretically, there is no ban on the transfer of euros from Europe to Russia. For example, there is a transfer service within the UnionPay system – MoneyExpress. But you can use it in rare cases – money can only be transferred to the UP card of a Chinese bank.

It is impossible to transfer money directly to a Russian bank card (even if it is UnionPay). For this, IBAN accounts are used, which Russia has not switched to. You can transfer money to a card account via SWIFT – but it can be absolutely any bank account that is still working with the system.

Money transfer from Europe to Russia via SWIFT

In theory, you can transfer money from Europe to a Russian bank via SWIFT. The Russian system was not completely turned off, but now not the largest banks are working with it. Since in this case it is important that the bank accepts SWIFT transfers, you can not look at the commission for sending, you need to pay attention to the commission for crediting transfers.

For example, Tinkoff bank introduced a commission of at least $ 200 for transfer crediting – that is, it is better not to send money to it. Such a commission is available in the following banks:

That is, it is better to transfer money to accounts in other banks – they do not yet charge a commission for crediting. The current list of banks that work with SWIFT is available on our website.

If the receiving bank works with the system, the transaction is completed within two days to a week. The speed depends on the sending bank of the transfer. To send a transfer, you need to come to a bank in Europe, provide the details of the payee: his full name, bank SWIFT code and account number.

Since the transfer goes to the account, first you need to open a foreign currency or ruble account in the receiving bank. And also, remember that until March 9, 2023, it is impossible to withdraw cash from the account (in this case, it will be received after the start of the temporary rules). That is, the bank will either immediately credit the currency to the ruble account at the rate, or convert it into rubles upon issuance.

Transfer from Europe to Russia through money transfer systems

At the moment, three translation companies are available for Russians. Some services, for example, “Zolotaya Korona”, allow you to make transfers directly from the card, such operations are not available in the “Contact” system.

At the moment, the payment system works with 25 countries:

As in other similar systems, here it is impossible to transfer funds that are associated with the implementation of entrepreneurial activities, from participation in business related to the receipt of income from securities, on investment deposits.

The transfer fee depends on the sending country. For example, if you send 5,000 rubles from Italy to Russia, the sender will pay 814.87 euros in the amount of the transfer and 5.66 euros in commission – this 0.7% of the amount. True, the conversion into rubles will go at the rate of 61.36 – while even the official rate of the Central Bank is 1.5 rubles higher.

To send money, the sender must come to the bank that makes such transfers and give the details of the recipient: country, city, full name, phone number. In Russia, you can receive a transfer at the Unistream cash desk, at the office of a partner bank, at Post Bank, Rosselkhozbank, etc.

Note that recently there were complaints about the service – some clients could not pick up the transfer, which for some reason could not be received by the addressee.

Money transfers from Europe to Russia are currently available for 16 countries, including European ones:

In this system, you can send money from Europe to Russia only from the map in the application. That is, you need to have a local bank card or ask someone to send from your card (cash transfers to Russia are available only from Uzbekistan).

For example, now, in order to receive 50 thousand rubles in Russia, you need to send 839.77 euros from Italy without a commission – that is, for 1 euro the system gives only 59.54 rubles.

The transfer can be made by installing the application from the site, then fill in the fields with the sending country, the recipient’s details and the amount. The transfer is reduced by the amount of the commission in accordance with the tariffs (if there is such a commission).

To receive a transfer, you can use the guide on the site to choose a convenient pickup point. If desired, you can credit the transfer to the card.

Another money transfer system, as a money transfer option that allows an individual to receive funds from abroad. Contact makes transactions between 15 countries:

The service does not set limits on the minimum and maximum amount. It depends on the state from which the transfer will be sent. To complete a transaction, the data of the recipient and the sender are checked, which can take from several minutes to one day.

The commission depends on the country from which the transfer is made. For example, if you send money from Latviathe commission will be:

To make a transfer, you need to visit the service center, tell the operator the country where the transfer will be sent, the name of the recipient, the amount of funds transferred. After sending the money, the operator will inform the control code that should be sent to the recipients. With it, he can get money.

The site has a guide to the points of issue of money transfers, with which you can choose the nearest branch.

There are alternative ways. One of them is more familiar and concerns the transportation of cash across the border, the other is less popular – using cryptocurrency, and the third – through intermediary services.

To transfer money, you need to create an electronic wallet or register on the exchange. This option is considered dubious from a legal point of view, and the user makes the transfer at his own peril and risk.

An example translation scheme is as follows:

For transfers it is best to use stablecoins, which are pegged to a currency, for example, USDC is pegged to the dollar. If you buy Bitcoin or Ether, you can lose some of the money if the cryptocurrency falls during the exchange.

The cost of the transfer is determined by commissions – for replenishing the crypto wallet, commissions of exchangers or platforms, the difference in the rates of buying and selling cryptocurrency. These commissions are not as high due to high competition, but the transfer will not be free for sure.

One of the convenient ways to send money across the border, but it has significant drawbacks. Without declaring, you can import from Russia no more than 10 thousand dollars or equivalent in another currency in terms of the exchange rate.

All other funds will have to be declared, while proving the legality of their origin. Each country has restrictions and limits that you need to familiarize yourself with in advance.

In addition, you will have to spend a lot of time at customs to fill out a declaration and stand in line for customs control (since a tourist with a large amount cannot pass through the “green corridor” at an airport or ground crossing point).

This option will be of interest to freelancers, self-employed persons. Instead of transferring money, another scheme is used – the contractor pays the money to the intermediary, who then pays the amount to the recipient in his country.

This scheme has its pros and cons:

In general, the conclusion is unequivocal: getting money from abroad is becoming increasingly difficult. There are only a few options left to choose from.

Cars began to be imported into Russia through Kazakhstan

Potanin spoke about the volume of deliveries of Norilsk

Roskomnadzor explained how to return money for an illegally

Registry offices will directly transfer information to banks about